I’m back. São Tomé has been one of the most beautiful pieces of land i’ve ever seen. I’ve arrived Lisbon with my soul completely full, although with some traces of food poisoning and scared to death that at some point this week I may find out that, besides all those souvenirs, I brought ebola with me as well. When we arrived at the airport, the police gave us a flyer about ebola which mentioned we shouldn’t: 1.”touch dead bodies” 2. “play with bats”, and not even 3.”touch any sort of bed sheets previously used by people diseased with ebola”.  It was terribly hard to resist to all of these temptations, you just don’t feel free to be yourself.

Long story short, here are my 9 favorite highlights from this 2-week trip to this beautiful Islands:

São Tomé is the country where green is greener. 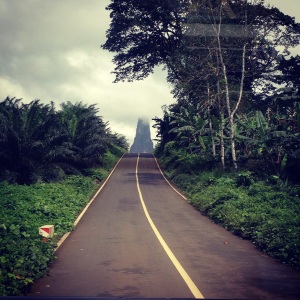 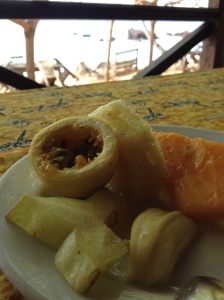 In the middle of a really dark night, my first step in São Tome’s white sandy beach was, imagine that, right over a massive spider crab. Like, a really giant spider crab, eager with revenge, that started running furiously back to the sea, in that weird sidewards way they walk. It would’ve been a wonderful dinner couvert, if I hadn’t been for about an hour and a half recovering from the cardiac arrest that happened after that episode.

I had another encounter – more friendly, this time around – with crab, in a little village called Neves, the so called Official Capital of Crab. They actually gave me the biggest crab I’ve ever seen and I was honestly surprised when no fork or knife was provided. Just a little wooden hammer. It had to do. What happened afterwards was as close as it gets to seafood fireworks, with little pieces of crab flying from one place to another, after which there was a total seafood war scenario at was used to be a table.

People are truly charming. They laugh easily and they host you genuinely as part of the family, something i’ve never seen before. A good example of that kindness is this little girl called Adelaide, very shy and with barely 2 teeth, that for some reason liked me and we spent the afternoon taking selfies together. I also met Ricardo, a tourist guide that also stars as the proud vocalist for a traditional band called “Relíquias”. We listened its 5 songs for 6 hours straight, non-stop. Yup.

If you don’t die on the plane that takes your there, Príncipe island is-so-worth-it. One of the most beautiful places these young eyes have ever seen. And guess what, green is even greener there.

I actually tried to carry a pack of potatoes on top of my head, like they do. My neck suffered deeply, I truly admire their strength. I couldn’t handle not even one more tini tiny potato on top, or else I wouldn’t be here to narrate the story at all.

Sao Tomé’s desert beaches are paradise on earth. You can see whales this time of the year, and in a few months sea turtles will start showing as well. ❤

Food at Roça São João de Angolares was a-m-a-z-i-n-g. I remember a spicy sauce called “fura-cueca” (translation is “panty-breaker”) which really doesn’t need any further description. We also met “Fu”, the waiter who was also a dancer, and he told us that once he was fishing and felt something hard under the boat. Then he realized that he stopped floating because he was on top of a whale. Shit happens.

I will miss São Tomé and the “Leve Leve” pace, as they refer to so many times a day (translation is “Slow-Slow”) should be recognized by UNESCO. 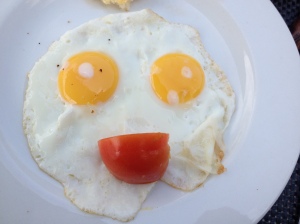